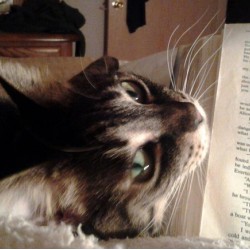 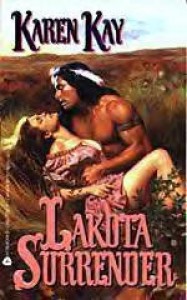 The story begins in 1833, set in Kansas (Fort Laramie, I think it is, but too lazy to go back and look). Kristina's father is a cavalry officer and he brings his wife and daughter to live with him at the fort. Lakota warrior Tahiska & company are on the trail of two men who shot his father, and they think they'll find the two at the fort. Apparently there's no one at the fort at the moment who can speak sign language except for Kristina, who had an Indian nanny when she was a young girl who taught her how (!!!).

Any who, Kristina meets Tahiska and it's insta-lust on both sides, but the problem is that Kristina just wants an affair, but Tahiska wants the real deal marriage and a warm teepee with his twu wuv. Boy, he's gonna be surprised.

Now I have to admit that this is probably my first foray into the Native American genre, so perhaps it's just not to my tastes. I don't have another to compare to. From reading the author's bio and stuff, she does seem very familiar with the Native Americans and their tribes, customs, etc. and I did appreciate what she was able to bring through in the story. Although...it did come across in this book as much too heavy handed. Page after page after page of mentally examining every nuance of every word and emotion. The only author I can think to compare it to is Roberta Gellis on an off day when she's way too explainatory and goes on and on and on.

Second problem and that's a biggie is the heroine. Even if I was able to suspend belief that 1) her bigoted mother allowed her to have an Indian nanny, 2) that a young girl can ride out in Indian country unescorted at all hours of the day, and 3) a well-bred young woman would so easily contemplate having an affair (her word) with any male, let alone one that would have such dire social consequences). I won't even start on Tahiska getting into the fort at night when the entrances are closed and guarded and getting into her room, taking off all her clothes and giving her a rise with a good amount of hand-pleasuring.

Sorry, but Kristina had to be one of the most self-centered, unsympathetic heroines ever. Life's too short, I'm moving on.